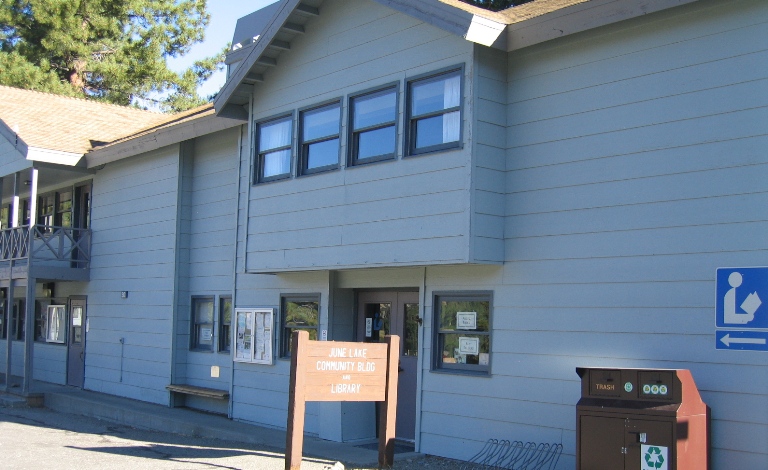 Contact:  This email address is being protected from spambots. You need JavaScript enabled to view it.

The June Lake Library was established in 1962 later closing and reactivated in 1971. The library is situated on the shore of Gull Lake, the most beautiful setting for a library. In 1990, the June Lake Library addition was completed, with COCCAP raising almost $200,000.00 for the building, equipment and furnishings. Walter Lantz presented the library with an original oil painting of Woody Woodpecker. The library was dedicated to Gracie and Walter Lantz.

In 2010, the June Lake Friends of the Library paid for a small conference room which is attached to the library, “The Friend’s Reading Room” which houses the used books for sale, magazines and a nice area to read in and use wireless computers. The Friends also have a small rotating art exhibit.

The June Lake Friends of the Library hold a yearly Book Sale which provides money for large print books, updating the collection and supplies. They have provided a new printer/copier/scanner, computers for the public and a Kids Computer. 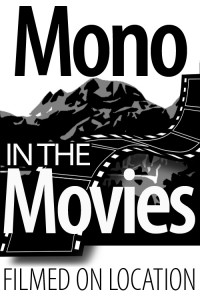 With the help of the Lone Pine Film History Museum and Mono County Film Commission, June lake Library volunteer Ken Harrison and librarian Vineca Hess, have come up with a list of 57 movies that have been filmed in Mono County.

The earliest known Mono County film is the 1921 silent production of The Silent Call, which used Mammoth as a location. No known prints of this film have been found. The latest is Tom Cruise's 2013 Oblivion filmed at Silver Lake.